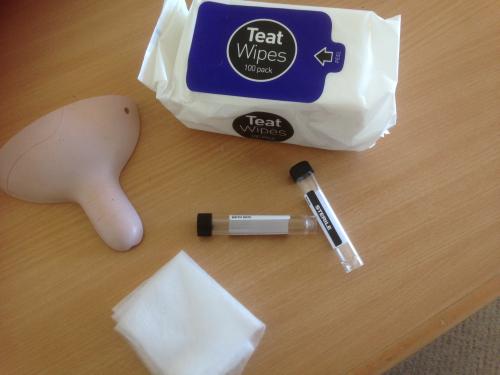 “That’s really disappointing! What went wrong? How could there be “no growth”? They were all clinical cases! Do we need to re-train the milking staff?”

These are not uncommon questions when discussing milk culture results, and they arise when results don’t seem to match expectations.

I had called the farm to discuss the results from a batch of 16 milk samples that had been sent off to the laboratory for milk cultures.

Common reasons for taking milk culture samples are to find out what is causing the problem, how to treat the clinical cases and how to prevent more cases.

Of the 16 samples, three returned a culture result of Strep uberis, one returned a Staph aureus, and one was reported as “Mixed enteric flora”.

The remaining 11 samples were reported as “No growth”.

The farm had seen a sudden rise in the number of clinical cases of mastitis, and the new cases were often severe, with treatments not working as well they had been.

They had already pro-actively started collecting milk samples from clinical cases and storing them in the freezer at the dairy until they had enough to send off a batch to the laboratory, which they had then done.

What should we expect from milk culture samples?

A few years ago, Dairy Focus co-ordinated a large survey of mastitis pathogens across 65 farms in South Eastern Australia, who all collected and submitted milk samples from clinical cases of mastitis over a twelve month period.

Of the 3000 milk culture samples from clinical cases of mastitis, 23% produced no growth and 16% were contaminated, meaning that 39% of samples did not produce what the submitting farm would consider a meaningful result!

Now let’s consider our disappointed farm in the light of this knowledge.

For our farm, 69% of samples submitted were “No Growth”, well above the survey average.

“No Growth” means that the laboratory was unable to grow any bacteria from the submitted sample.

This could be because there are no longer bacteria in the inflamed udder. This is not uncommon with E.coli infections, where much of the inflammation is actually a result of the toxins released by the bacteria.

Or again, particularly in the case of E.coli, it could be that freezing has affected the survival of the bacteria.

The bacteria may also have died some time after the sample was collected, a common cause being a failure to quickly refrigerate the sample (especially in our hot summers) and to keep it “on ice” until the sample reaches the lab.

Given that our farm has a refrigerator at the dairy, and samples are placed there immediately after collection, this is unlikely to be a problem.

“Mixed enteric flora” (or similar) usually means the sample has been contaminated, most likely at the time of collection.

Given the relatively unsterile environment in a dairy shed during milking, it is easy for minute amounts of contaminating dust, dirt, skin, etc to end up in the sample tube. Whilst improving the collection technique will help, it will never be possible to completely eliminate the risk of contamination in such an environment.

One contaminated sample in 16 (6%) is well below the survey average, so is actually a pretty good result!
Taking all this into consideration, and with our close knowledge of the farm, and its treatment protocols, we were suspicious that E.coli may have been involved.

We recommended that the next milk samples that were taken should not be frozen, just refrigerated, and sent fresh to the laboratory.

Under these circumstances, two of the following four samples were reported as E.coli and our suspicions proved correct.

This then allowed a change to the mastitis treatment protocols for the farm, and just as importantly, a focus on the management changes needed to help control coliform mastitis.

So, what went wrong with the initial samples? Nothing really, it was more about understanding what we should expect to see, and then interpret any variation from that.

We need to understand that “No Growth” and contaminated samples are a normal part of the process when taking milk culture samples. That is why we need a reasonable number of samples to ensure we have enough meaningful results to make a valid interpretation.