Managing mastitis risk in the dairy

On a typical dairy farm, the milking process contributes about 60% of the risk of mastitis on that farm. 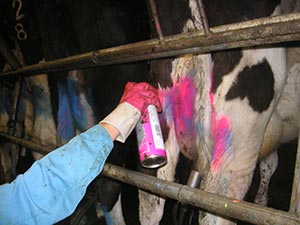 Countdown has given us a great set of definitions for best practice, and Dairy Focus has now added the ability to precisely assess and measure each element of mastitis risk in the dairy and then combine them into an Overall Mastitis Risk Score.

Whilst we commonly think we are doing everything right, the cows are healthy, and the machines are tested and OK, objective measuring has been very interesting.

We have now scored the mastitis risks in nearly 100 dairy sheds using the Dairy Focus Mastitis Risk Assessment, and not a single dairy has come up “Low Risk” for mastitis at their first assessment!

Teat disinfection (spraying or dipping) is the most important mastitis control measure in the dairy. Gold standard is 100% coverage of 100% of teats, and this is difficult to achieve on a regular basis.

At our first assessment, we regularly find herds struggling to achieve 50% coverage, and few are achieving better than 75%. 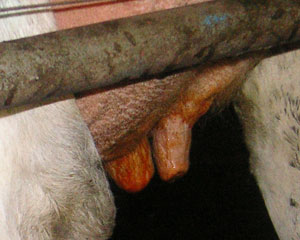 Some farms are also not using a Ready-to-Use (RTU) product, exposing themselves to mixing and water quality issues.

It seems high quality teat disinfection remains a challenge on most farms - one key to success here is to have staff training and a team approach with regular peer assessment.

Teat end health is a critically important part of the cow’s defence against mastitis infections, and the milking process combined with wet cold & windy weather has seen both teat end condition and teat skin condition decline in many herds.

Teat end health can only be effectively assessed by an experienced person scoring the teat condition in the herd - cursory and/or subjective assessments are often highly misleading!

Once assessed and measured, the appropriate changes to milking machine setup(e.g. liner selection, vacuum level, etc) and milking routine (e.g. reduced overmilking) will rapidly result in teat end health improving and a re-assessment and measurement can be made 3 – 4 weeks later. 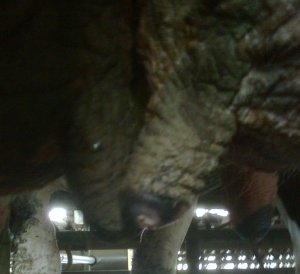 The wet, cold weather has also impacted on teat skin condition in many herds, causing dry, chapped skin. The addition of extra emollient for a short period (about a week) will often rapidly improve the skin condition, and the RTU spray will usually then maintain it quite well.

A large number of herds showed evidence of teat damage and/or excessive cup slip attributable to the liners being used.

Liner selection for a herd is a complex issue and the best choice is generally made after observing a milking, scoring teats and assessing the teat size and condition of the herd.

Milking time testing of actual claw vacuums in association with teat scoring and milking time observations is the only way to be absolutely sure that the vacuum is at the optimum level for the herd and the milking system. 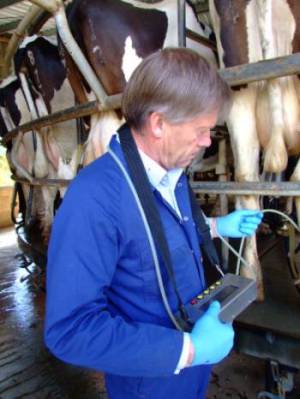 Often, subtle changes of only 1 - 2 kPa in the operating vacuum can make a significant difference to teat condition and milking performance – achieving optimum vacuum level lowered the mastitis risk in a significant number of herds.

Cups off is the most important milking position in the dairy, because less than ideal cup removal causes impacts of vacuum to force milk droplets and bacteria into the teat canal of other quarters during the cups off process, thereby spreading infection in much the same way that cup slip does. 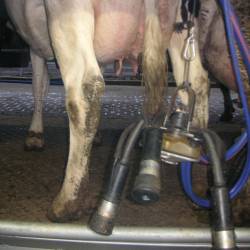 If cups do not “drop” within about 3 seconds after the vacuum is broken, it is likely that there is a milking machine or milking routine issue that needs to be addressed.

Milking machine maintenance and adjustment plus staff training are again likely to be an important part of achieving best practice in cup removal.

The outcomes and results for herds that have been able to manage and reduce these risks to become “Low Risk” for mastitis in the dairy are consistently outstanding.

Because the milking process influences the risk of both environmental and contagious mastitis, these “Low Risk” herds have commonly negotiated the wet, muddy weather and early lactation with minimal impact on cell counts and clinical case rates. 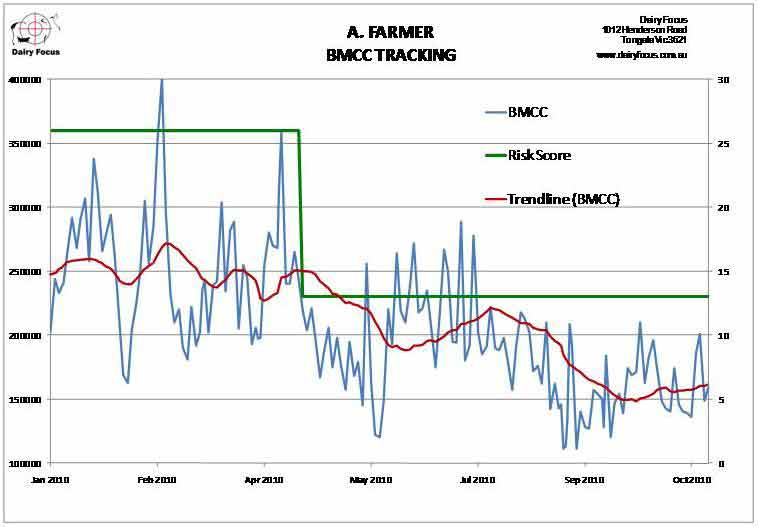 The lessons are clear –

It is not easy to be “Low Risk” for mastitis in the dairy, but it is achievable, and the results are really worthwhile